The title Living Literature has a delightful alliteration that gives it a lilting sound. Literature is alive in the sense not only does it have a life of its own allowing it to live and die at different points in time it is also alive to the world, its nuances and problems.

The course captures this ethos. However, it also demands that one must live or experience literature by opening the doors of the text, entering it, inhabiting it and empathizing with it. In the process the text will open the door to you heart and life. Enter your being and change you and your perceptions.

The course is also alive to the current demands and skills required in the present age. In a world of social distancing, digital writing and speaking becomes an essential way of communication and hence a skill to be mastered.

Myth and mythology explores the substructure that unites literature across borders of time and space make us the same and yet different. After an introduction to myth the course examines different genres of literature that draw on different myths.

Catharsis and Resolution: The Evolution of Tragedy and Comedy

The course explores the Freudian binaries of Eros and Thanatos, Death and Desire, Love and Hate and the overriding will to power whether it be through the artist devoting everything to art, a citizen to their nation, two lovers or an archetypal postcolonial gender conflict. The course is wrought with intense electric passion and is a roller coaster ride of highs and lows giving an insight into much that drives human life.

This course aims to introduce students to major theorists and to expose them to various trends and movements in art. It will attempt to equip them with appropriate technical terms to aid their analysis and evaluation of art allow a more intimate understanding of the terms by associating them with practical examples. The course will also try to foster independent, creative as well as systematic critical thinking in order to have a more rich and in depth appreciation of art

S3 SEM VI: An Introduction to the Study of English Language

The course, especially designed for English special students of the Third year, is entitled ‘An Introduction to the Study of the English Language’. Through regular lectures conducted over the span of roughly 8 months, the course aims to familiarize students with different aspects of communication and the distinctive nature of human language as a means of communication. In Semester VI, Students are not just introduced to basic concepts in Modern Linguistics (like Phonological, Morphological and Syntactic systems of the English language), but are also introduced to advanced areas of English language study. It will attempt to greatly enhance the existing grammatical competence of students along with gaining information regarding the situational, contextual, social and cultural appropriateness of English. These broad areas help provide a solid foundation in the subject. Besides these, the course shifts its traditional approach and acquires modern dimensions by equipping learners with skills in academic writing and editing. Consequently, it helps prepare, through a healthy mixture of the traditional and the modern, a well-rounded student of the English language and Linguistics.

Take a look at this: You'll know what we do
https://media.giphy.com/media/kS9jk6PgTfXyw/giphy.gif

The course introduces the students to some of the prominent ideas of modernity, modernism and the post-modern. Foucault states that the attitude of modernity is radical transgression, constant questioning and breaking away from earlier assumptions. The texts included are a philosophical essay, a poem representative of the beat generation, an expressive psychological drama and a science fiction novel thus encompassing a variety of genres.

Cathersis and Resolution: The Evolution of Tragedy & Comedy

Catharsis and Resolution:The Evolution of Tragedy and Comedy

An Introduction to the Study of the English Language (S3)

An Introduction to the Study of the English Language (S3)

The syllabus aims in equipping students with

The syllabus aims in equipping students with 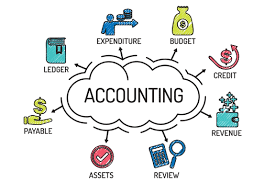 Banking and Finance is a specialization paper offered at the SYBCOM.  The SYBCOM is said to be Paper I.  Paper I covers the Indian Banking System right from the 17th century to the 21 century; drawing from the history of Banking in India, its evolution, developments before Independence and developments after Independence.  The Paper discusses the Structure of the Banking System in India and the developments in the structure with policy changes and reforms.  Paper I covers structure of banking system, discussions of the Reserve Bank, State Bank of India, Commercial Banks, nationalization and after, Regional Rural Banks and Cooperative Banks.

Cost Accounting-I is a specialization subject at SY BCOM.

This paper aims to create awareness about cost consciousness in our students in today's ever competitive world.

The paper introduces the concepts related to cost, cost classification, elements of cost and preparation of cost statements.

The students will develop understanding of cost control and cost reduction.

Students opting for Costing Paper I at SY BCOM will automatically have the option of Costing Paper-II and Paper-III at TY BCOM.

Banking and Finance Paper I

Banking and Finance is a specialization paper offered at the SYBCOM.  The SYBCOM is said to be Paper I.

In Semester  IV, Paper I covers the Indian Banking System in the post-1991 period; it is a period of reforms in the banking and financial system.

The Paper initially discusses the recommendations of the Committee on Indian Financial System, popularly referred to as Narasimham Committee.  There is discussion on concepts like Capital Adequacy, Prudential Norms, Non-Performing Assets, Banking Ombudsman, Bankers Code of Conduct, etc.  Another important aspect of Banking sector discussed in the paper are Bank Mergers and Bank Failures.

The Reserve Bank of India has also seen a change in its functions since the reforms in the financial system or the post-1991 period; discussion include currency management, banking supervision,central bank autonomy, liquidity adjustment facility, etc.  drawing from the history of Banking in India, its evolution, developments before Independence and developments after Independence.

Finally a discussion on Micro Finance and Financial Inclusion in India

Theory and Practice of Marketing

Costing II paper is a specialization subject at TY BCOM. It introduces the students to traditional methods and modern method of Absorption of Overheads.

Students  get exposed to the reasons for difference in profits as per cost and financial statements.

Further, as a variety of manufacturing businesses exist, there arrives a need for different methods of preparation of cost statements.

This mercantile Law course at TY BCOM aims to create awareness about select business related laws and also introduce our students to specific legislations that will they need to know when they are at workplace.