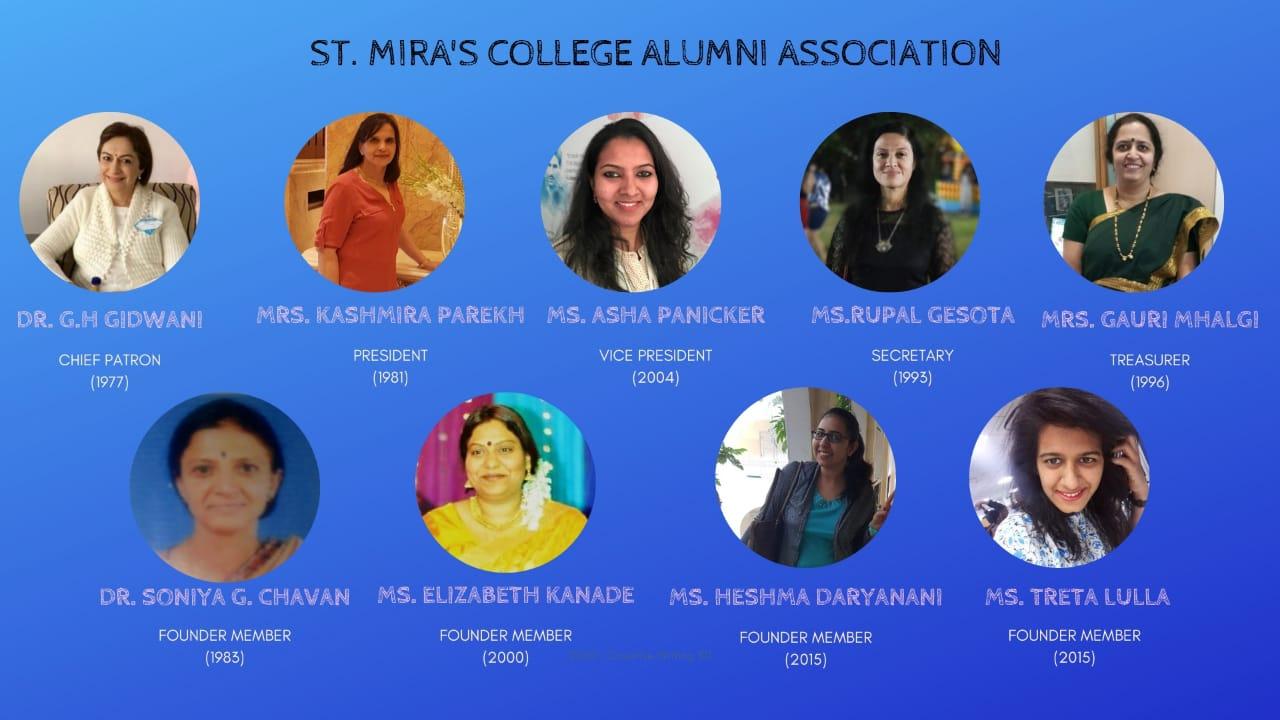 26th January 2018 was a special day for many reasons. This year our alumni came back to join us for flag hoisting. After that, the St Mira’s Alumni Association was formally constituted in a meeting in the AV Room.

The other founder members are Elizabeth Kanade, Heshma Daryani and Treta Lulla. Many registered as life members and some as annual members. The association will be formally registered and managed by the alumni themselves.

Once the formalities were completed, the fun and games began. There was a round of Housie organized by Rupal with many prizes to be won which were sponsored by Treta. This was followed by high tea, laughter and memories. 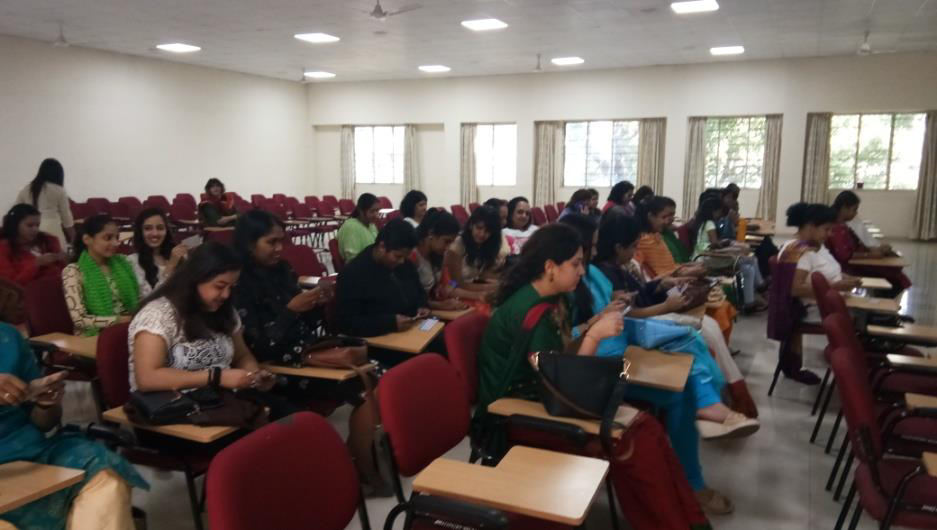 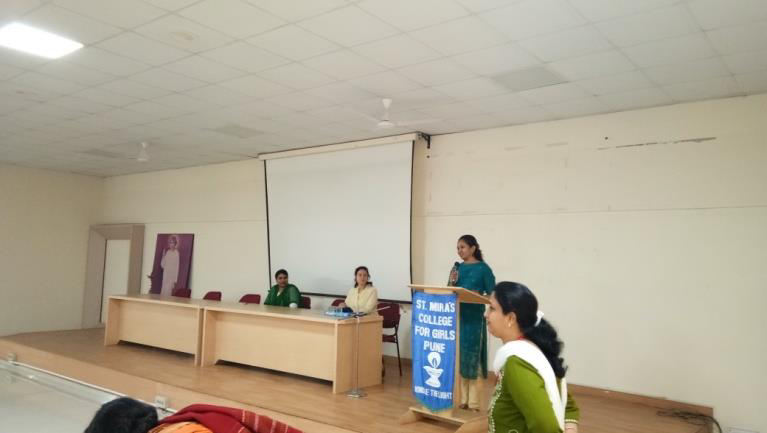 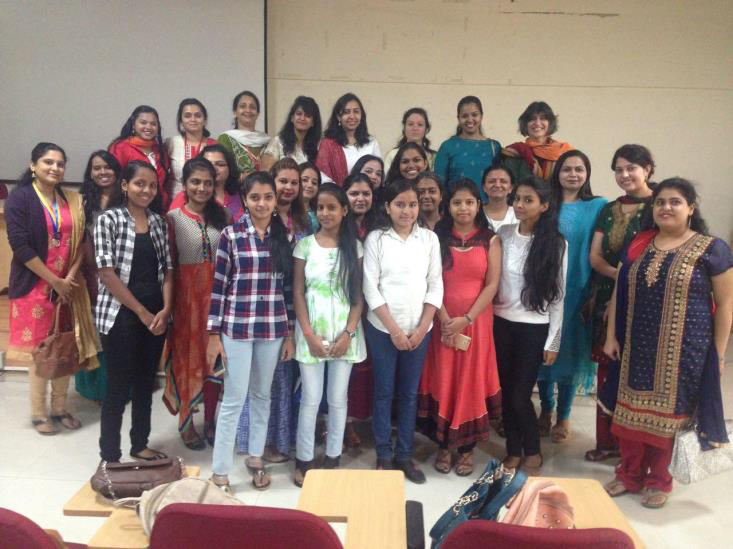 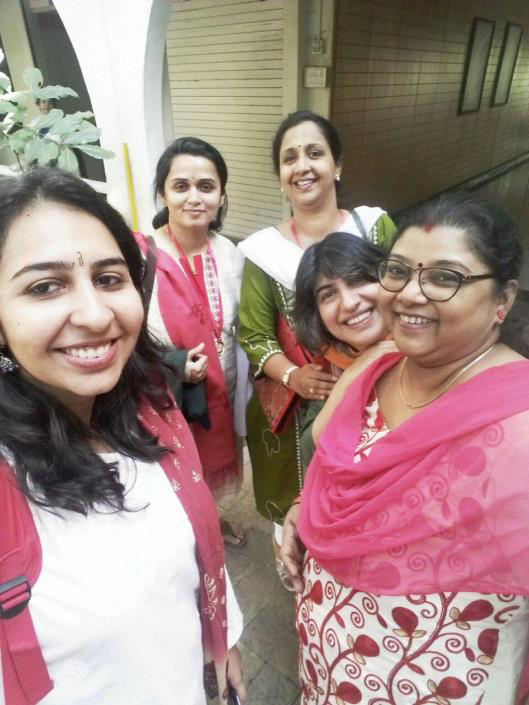 The Department of Business Economics and Banking organized an Interaction session with our Alumna- Education, Career and Beyond. Our Alumna, Ms. Pooja Sakate was the speaker at the occasion. She finished her BCOM and MCOM in 2012 and 2014 respectively. Ms. Pooja now works as Cluster Manager in the legal Department, Bajaj Finance Ltd. Pune.

Ms. Pooja shared the difficult path that she has walked to reach where she is today. Pursuing education was not very easy for her as her mother was a single parent. The times were difficult she admitted, however, her mother insisted on completing education. She said she is grateful to her mother for her perseverance. Ms. Pooja stated that she was grateful to two of her acquaintances who supported her financially through her education.

Ms. Pooja said she was proud to be a Miraite; she thanked the faculty and the library staff for the support all though her graduation and post-graduation. She was grateful to the college authorities by giving her the advantage of the Earn While you Learn Scheme.

Ms. Pooja said she always wanted to work with a Bank, as she had specialized in Banking and Finance. She is happy today as she works in the financial sector. Her first job in an insurance company exposed her to the legal field. She admitted that she made her attempts to appear for the CS examination but failed to qualify. A little disappointed, she followed the advice of a senior colleague who asked her to pursue a Law degree instead. Ms. Pooja has successfully completed her LLB in 2020 and is now a lawyer handling corporate affairs for the company she works with.

Ms. Pooja Sakate stressed on the importance of pursuing post-graduation as due importance is given to higher studies; she said that it is important to explore opportunities while one is working and acquire added qualifications to move higher up in ones’ career.

The Interaction with Alumna Ms. Pooja on Education, Career and Beyond was emotional, motivating as well as inspiring for everyone.


Please write to us to share/support the Alumni Association


Join the Alumni Association and become a member today.

Step 1: Make the payment through either/or:

Cheque made payable to :

Cash payment to be made during office hours in the college office.

Step 2: Upload a screenshot for payment verification while filling the online membership form.

Step 3: Fill the Membership form by clicking on the 'Register Now' button below to complete the registration process.

You are now the proud registered Alumna of St. Mira’s College!